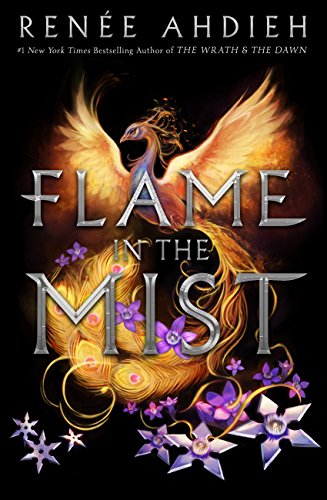 The only daughter of a prominent samurai, Mariko has always known she’d been raised for one purpose and one purpose only: to marry. Never mind her cunning, which rivals that of her twin brother, Kenshin, or her skills as an accomplished alchemist. Since Mariko was not born a boy, her fate was sealed the moment she drew her first breath.

So, at just seventeen years old, Mariko is sent to the imperial palace to meet her betrothed, a man she did not choose, for the very first time. But the journey is cut short when Mariko’s convoy is viciously attacked by the Black Clan, a dangerous group of bandits who’ve been hired to kill Mariko before she reaches the palace.

The lone survivor, Mariko narrowly escapes to the woods, where she plots her revenge. Dressed as a peasant boy, she sets out to infiltrate the Black Clan and hunt down those responsible for the target on her back. Once she’s within their ranks, though, Mariko finds for the first time she’s appreciated for her intellect and abilities. She even finds herself falling in love—a love that will force her to question everything she’s ever known about her family, her purpose, and her deepest desires.

I really REALLY wanted to like this book. This is the first book I have read by this author and I really like the synopsis. It seemed to be something I would really enjoy.  I enjoyed the first 50 pages BUT it all went down hill. I just didn’t like it. The story at the beginning was slow but it was still enjoyable. I really liked it flipping between the two prospectives of her and her brother, then I found myself enjoying her brothers parts more.

THEN MY THOUGHTS CHANGED COMPLETELY.

I skim read the last 200 pages and I don’t even know why I should of just put it down, as I am now in a book slump and haven’t read anything since. I feel really harsh but i just wasn’t interested. The part that really did it for me, was the fact that Aakai finds out about her and immediately falls in love with her. WHAT?. ERMM…. Ook.

then they accepted her for her and didn’t kill her considering thats what they were paid to do AND she had been spying on the group for a while pretending to be a man!

I am still going to try another book by Renee Ahdieh I am not going to completely dismiss her other books.

I think I got drawn in by the hype I had heard about this book before the release.

Let me know in the comments what you thought about this book and whether you enjoyed it or not.

6 thoughts on “Flame in the Mist Review”