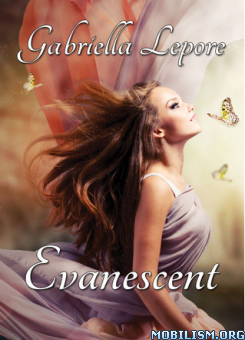 “Then it is settled,” Felix declared. “Come hell or high water, when this is all over, at least one of us here will not make it out alive.”

When Bronwen Snow is pulled from her cottage in the middle of the night, she finds herself seeking the help of three mysterious boys who reside in an abandoned castle deep in the hillside. With only a hasty handwritten note and a vague sense of dread to guide her, Bronwen is forced to put her trust in the eccentric and willful Felix Cavara and his eternal curse – immortality.

I really enjoyed this book, but then again I have loved every one of Gabriella Lepore’s books. It was a quick but really interesting read from the very beginning I didn’t gel with the grandmother as a character but I thought the character building for Felix, Bronwen, Alistair and Loki were excellent. The romance in this book wasn’t in your face and it wasn’t within the first 30 pages which is something i like, it built as a friendship first. I really wanted the outcome to be different at the end but I’m glad they took the not so selfish approach to the situation.

Felix: I was really starting to dislike him at the beginning of the book he was self centered and only thought of himself or made it seem that way. Throughout the book he grew on me and I started to like him more and more. I came to realise his selfishness to me may be because of feelings he had and a way to guard himself.

Alistair: I thought he was like the sensible big older brother that you would love to have but hate to have all at the same time. Constantly thinking of the implications until he thinks something may be a good idea.

Loki: I thought he was the annoying little excitable brother of the lot. At the beginning of the book he seemed older and more mature but towards the end when his goal was about to be reached you could see the child in him coming out. His naivety was always there but showed more towards the end.

Bronwen: Is a character I thought would be a typical teenage girl but she wasn’t. She was smart and wise for her age and even though she shows her jealousness in the book towards felix, she seemed more of a down to earth girl and I could relate with her. She did irritate me a little when she didn’t listen and but herself in harms way but its a good job others were watching her.

Ada: The grandmother is the person I didn’t know what to think of. I didn’t gel with her and maybe her back story should of been told more towards the middle of the story, I’m not sure.

The plot twist was something I didn’t see and it really quite shocking. I thought it was a good twist but now I want to know more after this story and what happened with her and her family.

I really enjoyed this book and would definitely recommend it to someone else to read, as a matter of fact I did on good reads, overall i give this books a 4 out of 5 stars.